As a young athlete I was often asked to assist at several UK senior events when both my Father, John and Mother, Kay were both heavily involved with Cardiff AAC, South Glam County and the Welsh Athletics scene in the mid 1980’s. My first involvement was a Radio operator at the UK championships in Cwmbran Stadium radioing field results from the various events back to the Announcers so they could relay these results to the public in the stand, I also acted as operator to one of the great meeting directors and track Judges the late Roy Rogers. Soon after I took up the challenge of becoming a Track Judge and was taken under the wing of some of the best track judges in Wales and beyond.  People like Sam Davies, Alan Currie, Glan Williams and Richie Jenkins to name a few. I took my official’s exam in Caerleon College in 1984. I then took my place regularly on the stand with the team at club and regional events.

Whilst at Cwmbran the Photo Finish team were short of a staff member and the Track referee (Richie Jenkins) called me over and said “you’re the youngest get up to Photo and help them for the rest of the event.” I was met in the room by Brian Williams, Frank Ireland & John Davies. I was taken aback by the system and was hooked. These people along with Richie inspired me to concentrate on Photo Finish as I took to the technology like a duck to water. The photographic system using Chemicals and Microfiche systems to read the images was so much fun for a teenager. Working at events around Wales I had the opportunity to work with some fantastic people such as Ross Vince and one of which grew to become a close friend and mentor, Gwilym Jones the late Swansea legend Welsh Officials Secretary.

I got to travel to Welsh Championship event in Wrexham where the timing systems had to be hired from HS Sports, where we worked closely with their technician Martin Amesbury. The following event in Wrexham Martin approached me to see if I was available to do some freelance on some events for them where I helped at a couple of UK meetings setting up and looking after the cameras. Following a few events, I was asked if I had a passport and was asked to assist with the Photo Finish at the Flat Water Canoeing in Castel-de-Fells on the out skits of Barcelona. The event was in 1991 and was the test event for the Olympic Games. I was subsequently asked back to work at the Olympics itself and made some great friends all of which were from the UK Athletics field, these being John Gwither, Mike Forrest, Ross Vince and Trevor Laurence. Soon systems moved to computer-based systems as Finish Lynx came to the forefront with their new digitised system and was involved with the systems when Welsh Schools Athletics Association purchased 3 systems.

I always fondly look back on events where we have had to travel for Welsh Athletics and at the end of day one look back at the good parts and the challenges over a glass of “something” with the likes of Dave Jessett Richie Jenkins, Sue Maughan (with her coffee Cup) looked after by Jane Dakin and the rest of the team and always feel part of a greater family.

During the following years I continued to work for Seiko via HS Sports and travelled to various locations around the world operating the Photo finish systems at World Championships, World Juniors, European Championships as well as working on the field at the Test event for the 1994 Commonwealth Games in Victoria Canada.

The various locations I visited around the world with SEIKO have been wide and varying from Sydney, Bydgoszcz, Budapest, Seville, Osaka, Chihuahua, and Daegu.

In 2013 I was asked to act as the Photo Finish Lead for the World Series events and was made responsible for the Photo Finish operations whilst on site as well as overseeing the general timing operations room. I looked after these responsibilities for the world youth in Donetsk, World indoors in Sopot and World Juniors in Oregon. My mother was taken ill in 2014, during this time I was offered a full-time position with HS Sports as the SEIKO event project manager. Sadly my mother lost her battle against Cancer after a short battle and I had made the decision to make a drastic career change from the Air Conditioning industry to the sports timing industry. I accepted the job with HS starting in November 2014 and was pushed to look after all the SEIKO World Athletics Events in Guiyang, Bahamas, Cali and the World Championships in Beijing during 2015. During all my time I have always tried to bring what I have learnt through the trips with SEIKO back to our grassroots.

Things changed for me once again in late October 2015 when I was informed that SEIKO would be splitting from HS a partnership that had been in place for more than 30 years. This was due to the SEIKO management wanted more control in the direction of the technologies that SEIKO wanted to push forward. SEIKO management approached me to see if I would head the UK Operation so that we could look to the next 10 years with the World Athletics. I took this position as I was honoured to take on the role and lead the SEIKO team through these changes and onwards into the new contract.

Since taking on the role SEIKO has used Welsh Athletic events for the testing of new systems that are due to be delivered on the world stage such as the shot VDM system we tested in Cardiff during the Championships and the Athlete tracking system that was tested at the indoors earlier this year. This has given Welsh Officials the opportunity to see and work alongside cutting edge technology some of which is not even used on the UK stage.

In 2016 it was a massive privilege to head the timing team and my colleges to my home town for the World Half marathon. Even with the weather!

I have also been able to extend the offer of freelance opportunities to many people from all walks of life and all parts of the athletic community and none are more poignant that the additions over the past years of Welsh Officials and staff such as Chris Price who worked at the World Para Championships in London.

Jane Dakin, Darran Williams and Rhiannon Linington-Payne who all joined the team in Doha at last year’s World Championships.  These team members join the likes of Marcus Price, Phil Gooding, Jack Palmer and Laurie Needham, who have been regular members for the past few years. I even have my own two children helping at events around Wales

We have also made offers to other Officials in Wales to build on the team we have that is the SEIKO Family. We had planned to do additional open days this year to get information on potential candidates however with the Pandemic we have had to place this on hold.

During my time officiating I have made loads of friends who are officials from all over the world from base line grades to ITO’s and have seen different ways the officials work worldwide. In the 36 years I have been an official I have seen the changes in rules and officials come and go losing some great mentors and friends along the way but have great memories to look back on.

Stay Home and Stay Safe all but “Shhh it’s a secret !!” 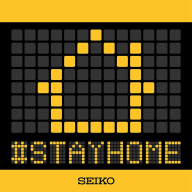