In the final years of the 20th Century, when all we had to worry about in those simple times was the possibility of the Millennium Bug destroying all IT systems, I began to offer to help out by volunteering as an official when accompanying my offspring to athletics meetings. I was still competing myself – and still do, come to that, but the club needed help.

In February 2002, I interrupted my preparations, such as they were, for the European Masters Championships in Potsdam to attend an officiating course. By March I was a qualified Grade 4 track judge. In those days, you started at Grade 4 and worked up to Grade 1. I had worked up to Grade 3 under the old report system before UKA changed the whole structure. Despite subsequent changes to structure, and indeed to the educational system, I am still here, these days as a Level 2 track judge. For a while I was a Level 2(b), which at least allowed for some Shakespeare jokes when signing in. I did attend a Level 3 course once, which convinced me that I was quite happy as a 2. We really don’t need a body of officials who are all Chiefs and not enough Indians. The result of this decision was that I have never filled in a log book, as they are only necessary should you wish to be upgraded. I also, of course, attended a health and safety course. My greatest memory from that is of a starter outlining the hazards of starting during a thunderstorm: “I am standing on a metal box, holding a metal object containing explosives above my head…”

All this was in Hampshire. It was only in 2017 that I escaped from England and settled in Swansea. Up till then the most important meetings I had officiated at were Inter-counties matches, and the annual Hampshire vs. Army match at Aldershot. Having your lunch in the officers’ mess was only one benefit: even better was having a squad of soldiers under a Corporal to set up all the hurdles and so on. I also found myself as track referee at a GB v France v Belgium masters’ match, at which I had to disqualify France from one of the relays. This fact impresses my German son-in-law no end.

Since my arrival in Wales, I have been on the steps at a number of International matches, indoors and out, and the odd Welsh Championships. I still, however, take most pleasure from helping young athletes to have fun by judging their efforts at League matches and the like. I take a particular, though somewhat dubious, pleasure from Under 11 600s. They have a tendency to come flying round the bend, only for me to step forward to ring the bell. The look of sheer horror as they realise there’s still a whole lap to go can be a source of great amusement to me. This may explain why I am a sprinter…

However, it does my old heart good to see a couple of youngsters battling down the straight, faces set in utmost determination. All those who say the youth of today spend all their time staring at screens should see their competitive urge in full flow, and the fire in their eyes. Then again, there is always the little fellow at the back, almost always wearing glasses. He’s my hero. Half a century or more ago that was me.

Last year, though, all that disappeared. I did manage to officiate at three of the WA pilot meetings, which were quite fun and allowed embarrassing pictures to be taken of me. I also ran at two of them, so that when lockdown got me down I could still say “I won my last race”. It helped. 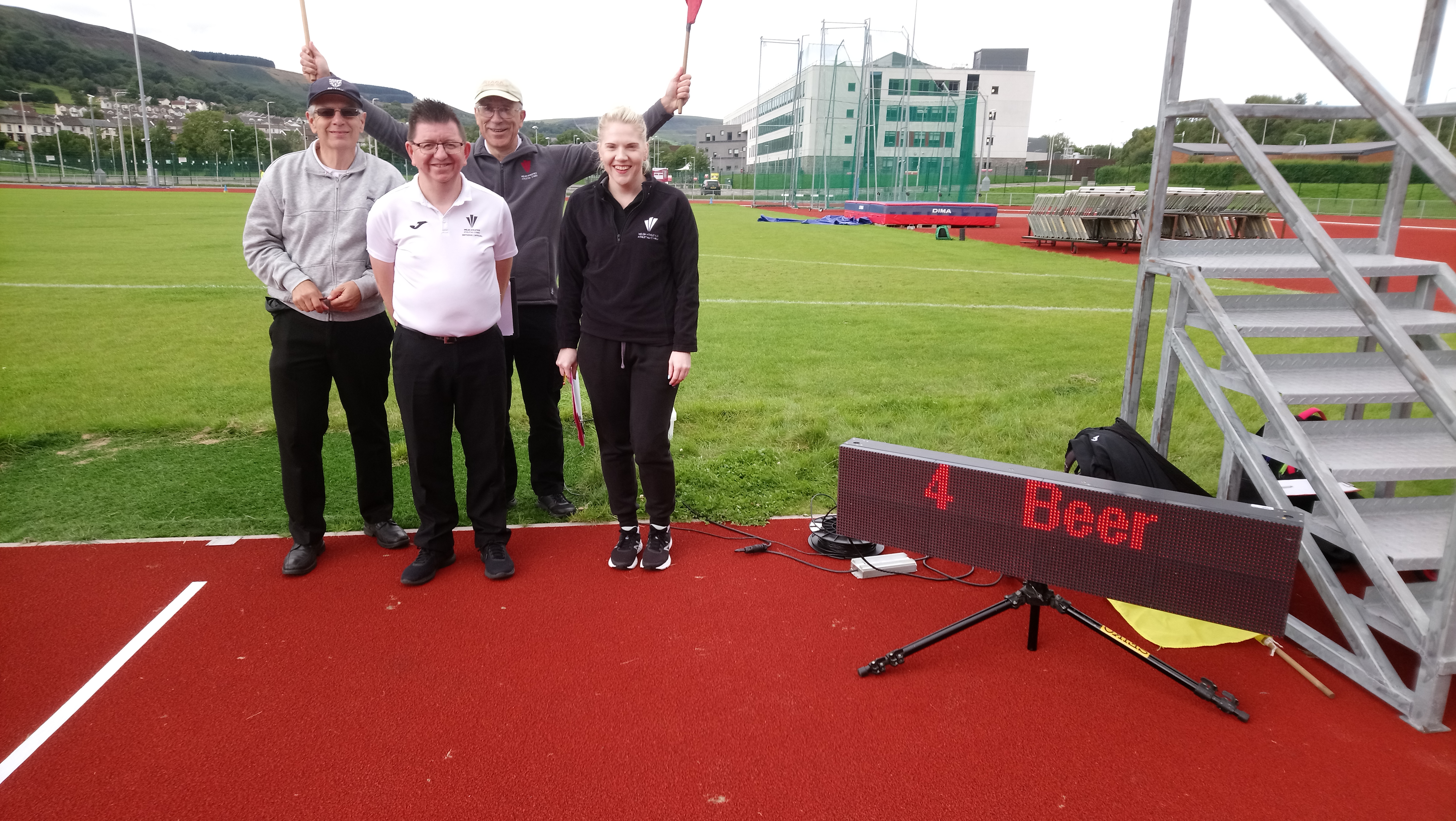 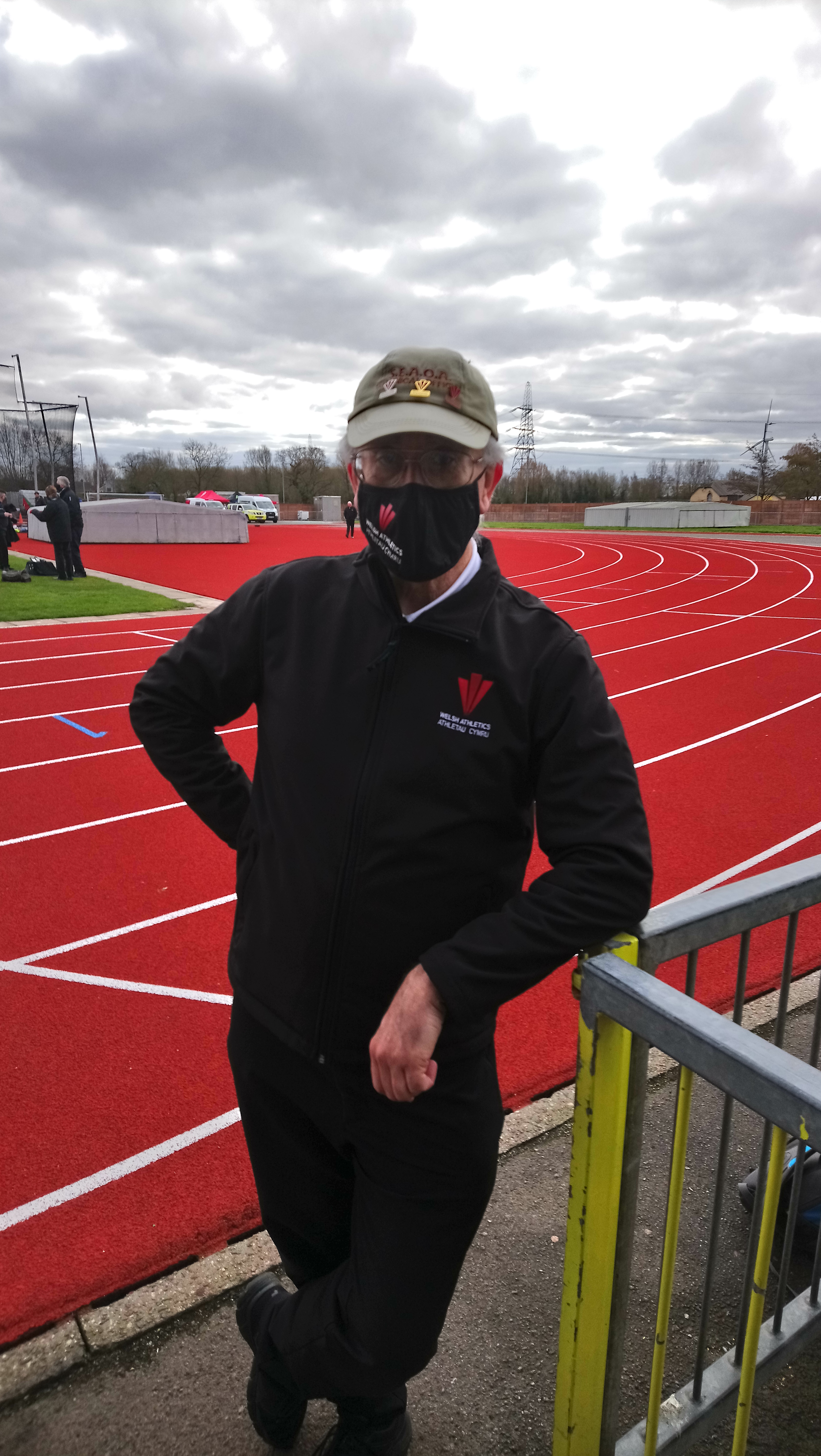 As an old friend of mine likes to say: growing old is mandatory – growing up is optional.

Useful pages within this section you may like to consider visiting.