After finishing 12th in the marathon at this years Commonwealth Games, Natasha Cockram (Micky Morris Racing Team) returned to racing over the slightly shorter distance of 10km.

Running away from the rest of the field, Natasha ran personal best of 33:09 to take 17 second off her previous best. This was enough to take victory by over 2 minutes, ahead of Megan Carter Davies (Swansea) and Lauren Cooper (Parc Bryn Bach) who had a fantastic battle for the minor podium spots, finishing in 35:18 and 35:22.

In the Men’s race, it was Kadar Omar who ran away from the rest of the field. The Birchfield Harrier finished in a time of 29:11 ahead of Swansea’s Dewi Griffiths. After finishing the Commonwealth Games Marathon in 11th place earlier this summer, Dewi started his winter campaign with a time of 29:36. Dylan Evans of Shaftesbury Barnet was next across the line in a time of 29:51. 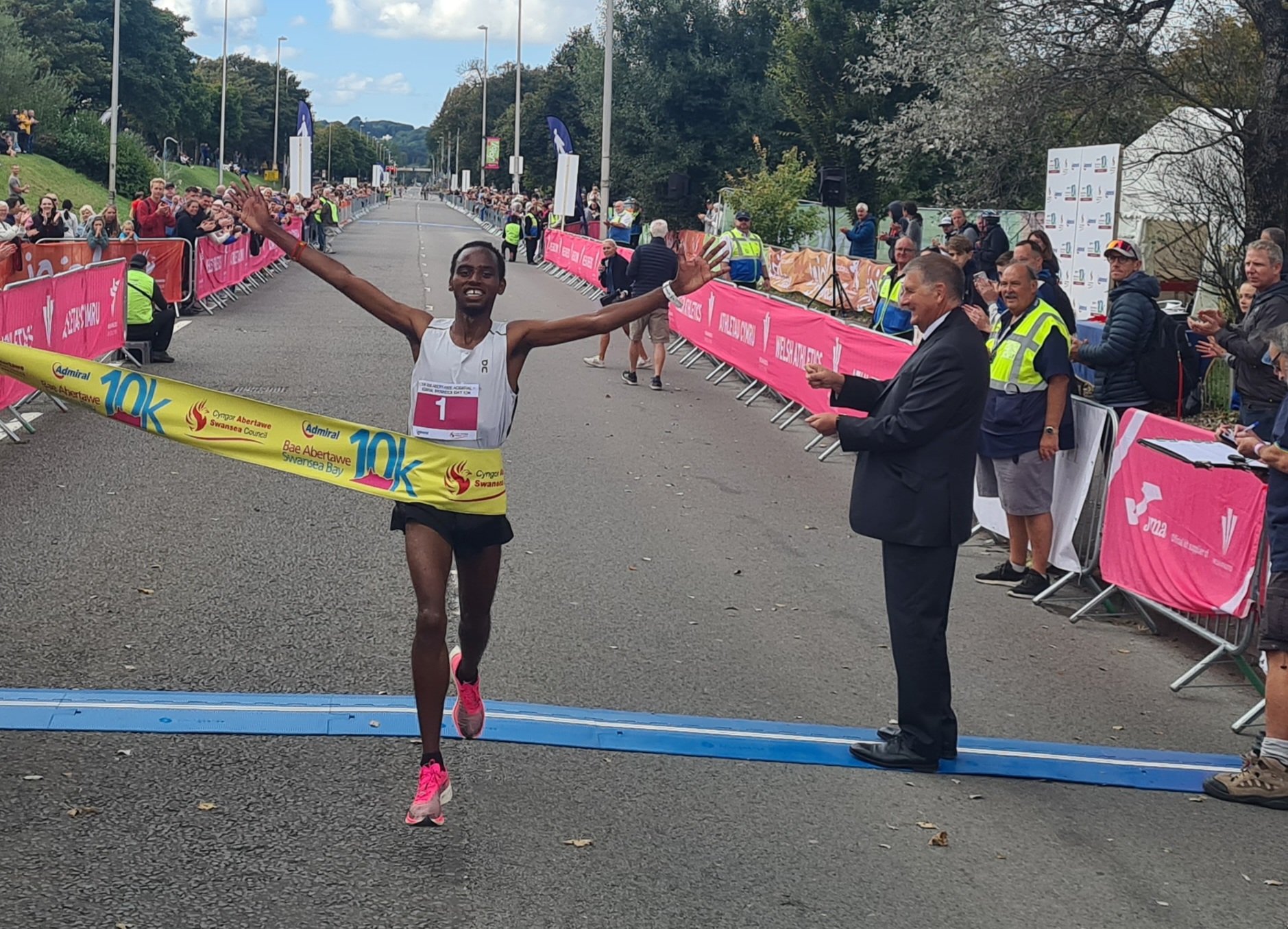 After breaking 50s over 400m this summer, James Heneghan (Pontypridd) fine tuned his Cardiff Half marathon preparations and held on well, just dipping under 30 minutes to cross the line in 4th, and 2nd Welsh athlete. Michael Ward (Cardiff) was 5th and 3rd Welsh man home in a time of 30:06.

In a race won by Ethiopia’s Milkesa Mengesha and Tadu Teshome in 58:58 and 1:06:3 respectively, Pontypridd Roadent Olivia Tsim had the race of her life in the city of Copenhagen. Running a personal best of over 2 minutes, Olivia crossed the line in a time of 1:13:38, to finish in 24th place. Pacing the race like a veteran, Olivia gained momentum throughout the distance, closing with her fastest 5km split.

Matt Rees (Swansea) went all in to break 15 minutes over the 5km distance, finishing in 17th place with a chip time of 14:46.

Last weekend saw the European 24 hour championships in Verona, Italy. The standard of European ultra running is at an all-time high, and this was reflected in the results throughout.

Jen Coleman (Les Croupiers) produced another brilliant performance in the ladies championship, placing 22nd out of 93 competitors with 221.390 km. Having broken the UK F45 record last September with 227.715 km in Battersea, Jen was ahead of that schedule until the very final stages when a tight left glute forced her to power walk the final miles. Jen was a scoring member of the GB team who placed 4th in the team championship.

Although competing as an individual, Welshman Gareth Pritchard (Vegan Runners), who had made an excellent international debut in the Anglo Celtic Plate 100 km in Perth in April, recorded a major PB with 246.969 km in 28th position out of 120 starters. Nathan Flear (3Ms Gorseinon), a two-time Welsh ultra champion, placed 48th with 227.413 kms.

Conditions were favourable with many new records, not least Lithuanian Alexsandr Sorokin who shattered his own world best by 10 km with 319.614 km (198 miles). That's 7:15 miling, by the way.