You are in: Home > News > Cross Country > Weekend Round - Arter Claims Victory at the Cardiff Cross Challenge

Weekend Round - Arter Claims Victory at the Cardiff Cross Challenge

Catching up from last weekend, there were two stand-out performances on the roads. Ciaran Lewis, Cardiff Athletics, won the Manchester Half Marathon Elite race on his debut at the distance. His time of 66.10 saw him take victory nearly a minute clear of Paul Martelletti. There was a second Welsh win in Manchester with Anna Bracegirdle, Salford Harriers, taking the Marathon title in a PB of 2.40.17 and making it five women in the UK top 20 marathon rankings for 2021.

It was a great return for the Cardiff Cross Challenge held at Cardiff's Llandaff Fields on the 16th October with incredible performances across the board.

The event also formed the opening fixture in the 2021 / 2022 British Athletics Cross Challenge Series and the first fixture in the John H Collins Gwent League with valuable points on offer in both.

Charlotte Arter and Hugo Milner both charged to victories in their races.

The men’s race saw Omar Ahmed, Jake Smith (James Thie), Zakariya Mahamed and Hugo Milner forging clear over the first lap of 3,200m. This was whittled down further leaving just Ahmed and Milner as they came into the finishing straight with Ahmed a touch ahead but unable to overcome a determined young man from Derby AC who finished third in Cardiff as an U17 athlete back in 2014 but claimed victory here in 27:18

For the female race, it was a clash for training partners Charlotte and training partner Jenny  who had chosen different ways to prepare for the start of the Cross Country season with the Arter choosing competitive road races and Nesbitt training at altitude in Font Romeu

Arter showed her class however and appeared on the finish straight of the flat and fast course at Llandaff Fields first winning over the 6,400m course in 20:11, Nesbitt was next back, finishing second in 20:15.

Arter after the race said;

“It was a fantastic race. Jenny made it such a tough race, right from the start and she really made the rest of the fieldwork hard and it came down to an exciting sprint finish. I was really happy to get the win to kick start the Cross Country season and I’m really excited now for the rest of the season."

Well done to all athletes who took part in such an incredible event!

There were moments of anticipation, excitement, and joy at this year’s JCP Swansea Half Marathon event.

To start wheelchair record holder Richie Powell shaving a few seconds off his record time that was gained in 2016 and finished the race in a staggering 60:54. He was followed by Ron Price in 2nd and Leslie Hampton in 3rd for the wheelchair racers.

Samuel Goodchild of Cornwall AC/Cardiff Met University won 1st place in the men’s race in a time of 1:09:28. 2nd place was taken by David Green of Rugby & Northampton AC, in a time of 1:011:09, and in 3rd place was Michael Roderick of Tri Hard Harriers achieving a time of 1:11:22.

In the women's race, 1st place went to Commonwealth Games and Team GB athlete Sonia Samuels in an impressive 1:14:09. 2nd place went to Georgia Holden Edwards in a time of 1:19:59 and 3rd place went to Hayley Munn of Rugby Northampton AC in 1:20:05. 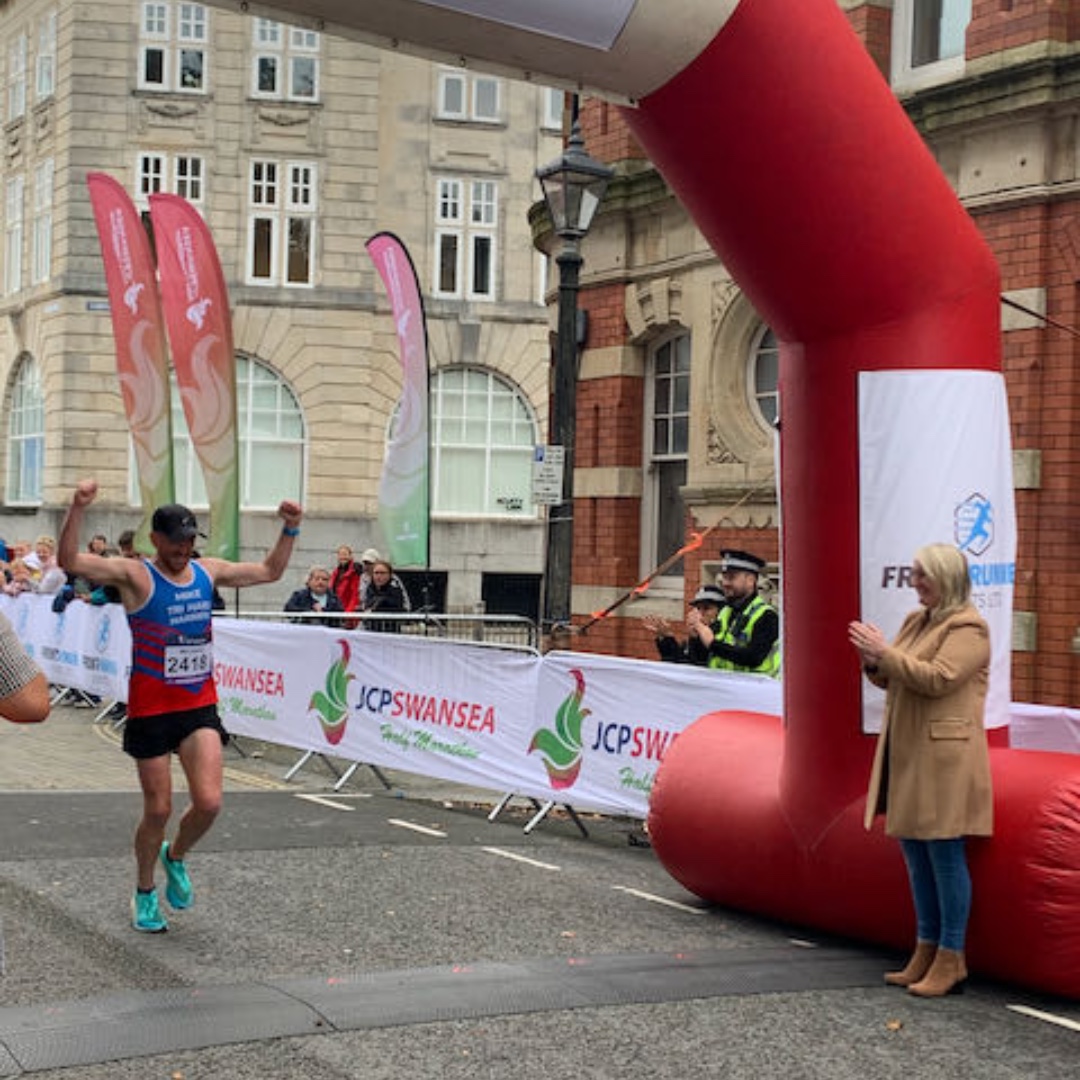